According to a recent Pew Research survey, Thailand has more motorcycles and scooters per household than any other country in the world. Millions upon millions of these small-bore bikes are used for everything throughout Southeast Asia, carrying everything from commuters to cargo to entire families. But the concept of riding large-bore motorcycles—for pleasure—is a relatively new development.

We like to think that’s due in some small part to us, because when we were first approached by Honda back in 2008 to collaborate with Bangkok retail architects Whitespace on the creation of a visual identity and customer experience for an experimental new big-bike showroom, the concept of riding for sheer enjoyment simply did not exist in Thailand. Which meant we not only had to find a way to sell big bikes, we had to find a way to sell the idea of them to an affluent new audience with almost no prior frame of reference, save maybe seeing the occasional Harley in some American film.

It was going to require something pretty compelling. 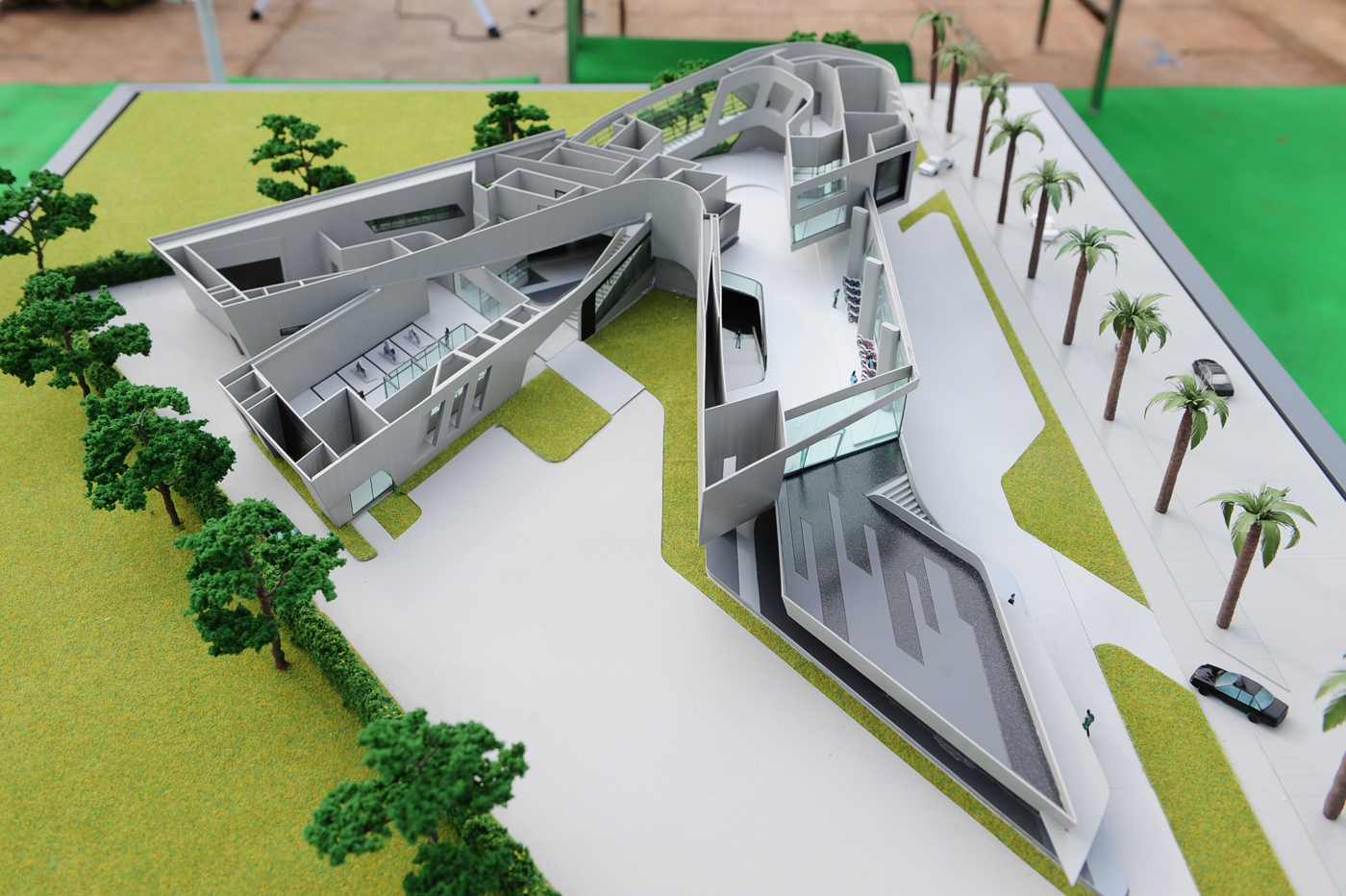 The space  The flagship BigWing location, designed by visionary Thai architectural firm VasLab, was already a tour de force, a kinetic ballet of jutting concrete volumes and plate glass expanses that was a truly inspiring skeleton to work with. Responding to the space as much as choreographing it, we developed an immersive, multilayered, multimedia experience identity that would not only complement VasLab’s architecture but at the same time be able to stand on its own and be easily scalable should the experiment prove successful. 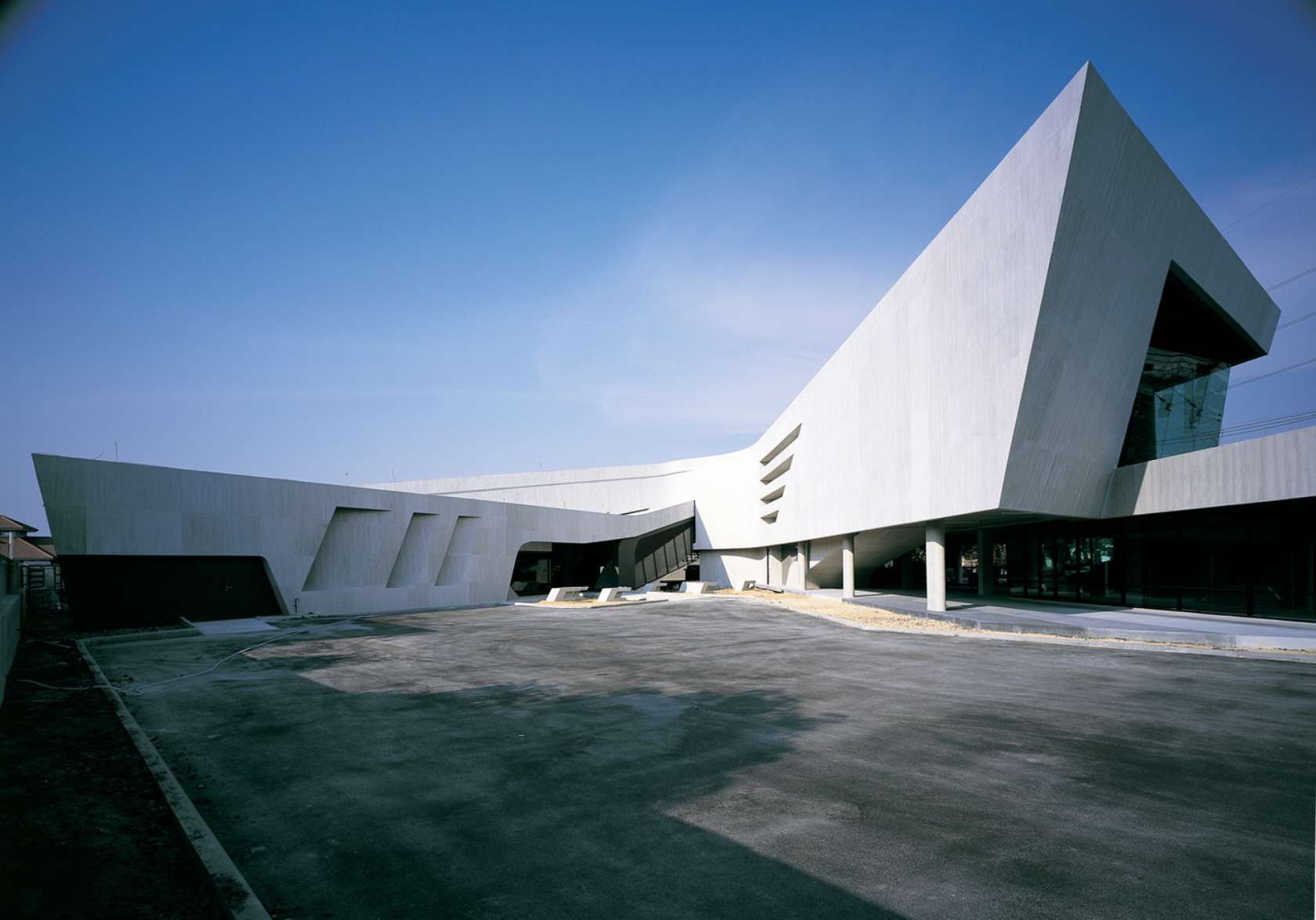 The approach  To evoke the feeling of riding for pleasure on the track or open road, we took every opportunity to communicate speed, motion and freedom—from the brand’s logo, typography and iconography to ubiquitous ambient and user-activated video, from iPad-driven information kiosks to the use of reflective highway paint for both internal signage/graphics and parking lot directionals. We hoped to create a heightened atmosphere in which the motorcycles would become instant icons, powerful vehicles and powerful symbols all at once. 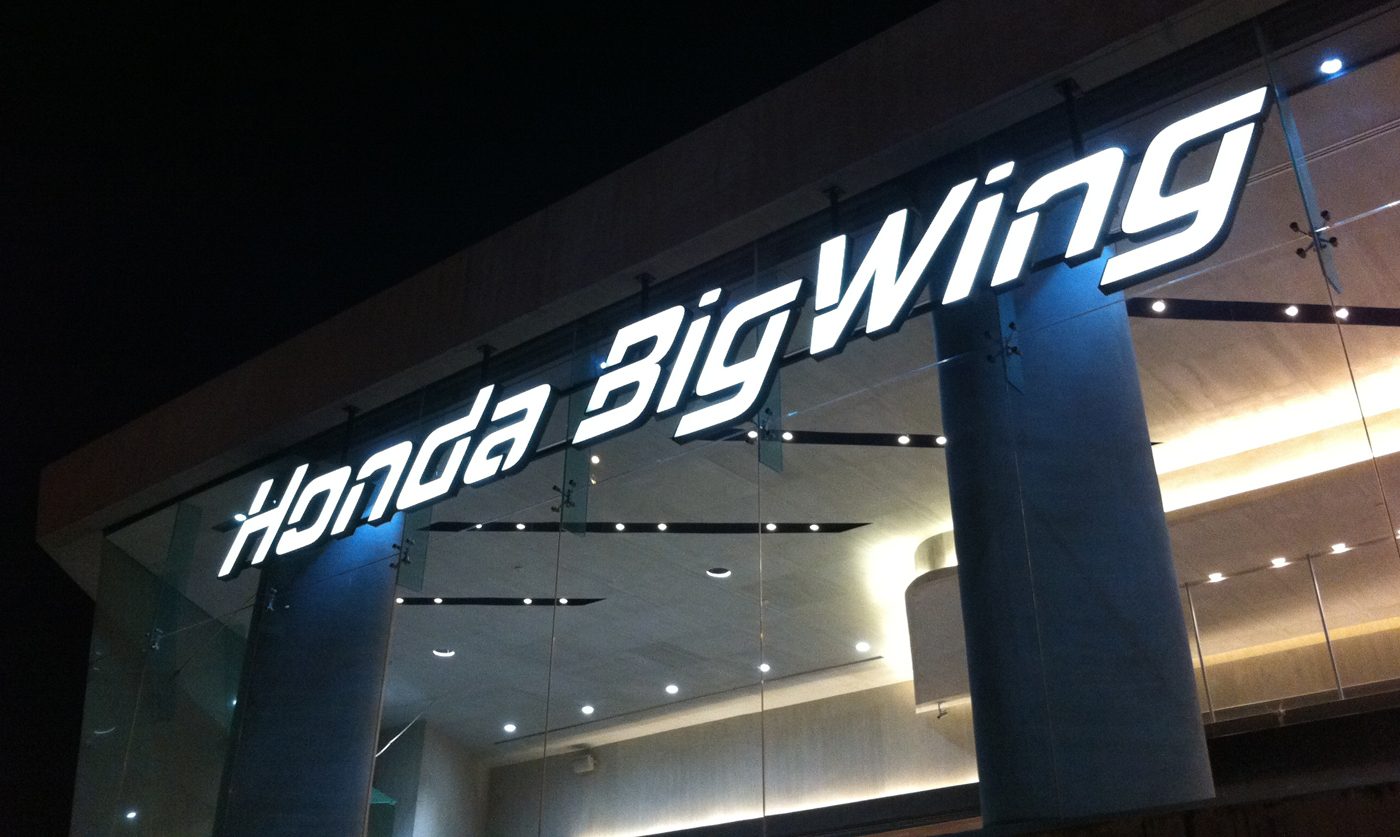 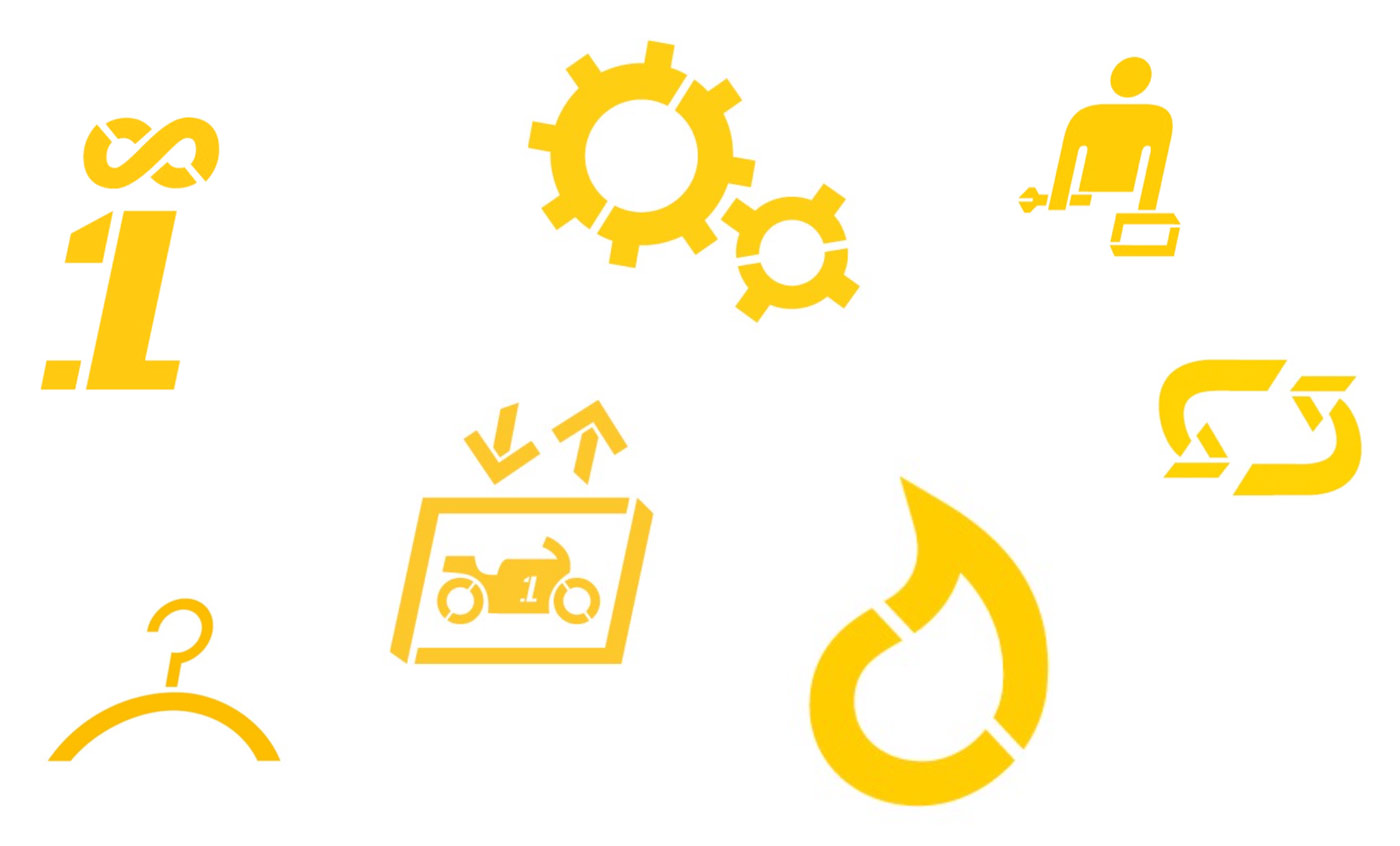 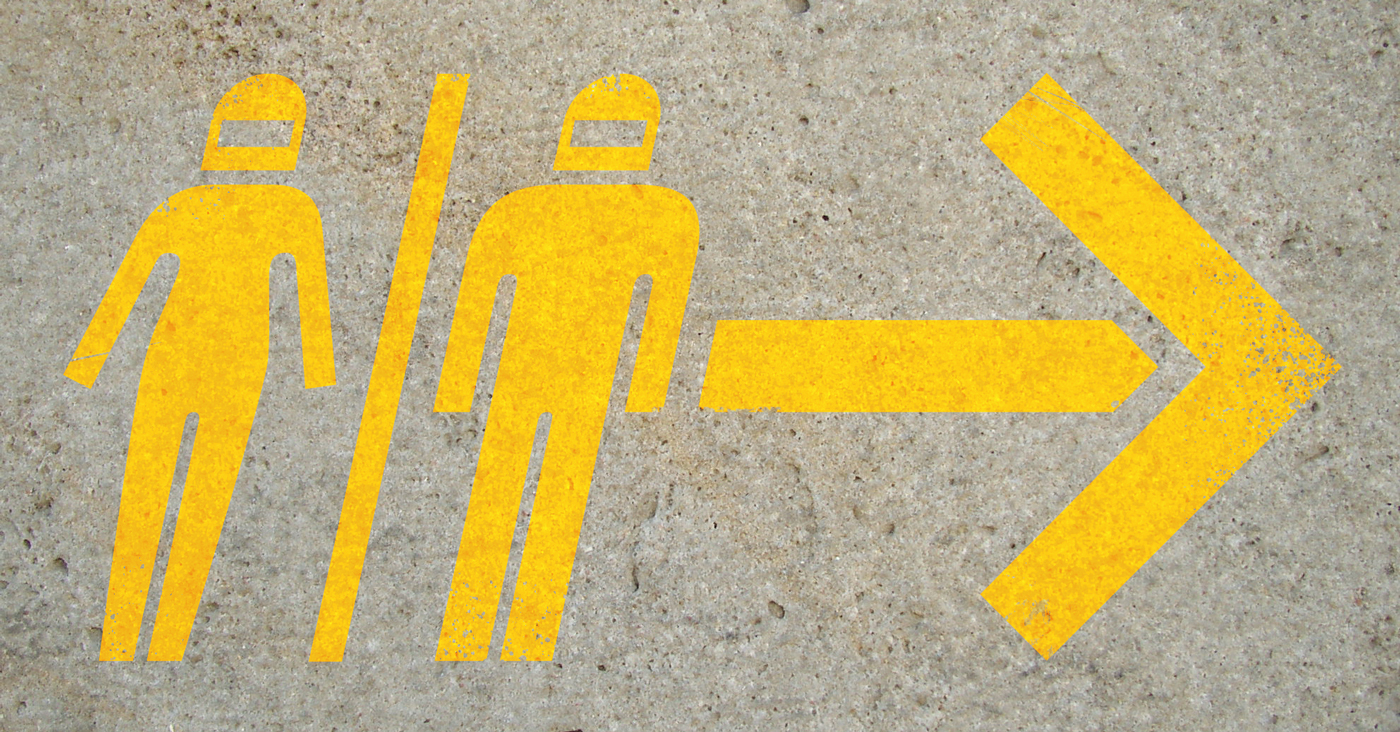 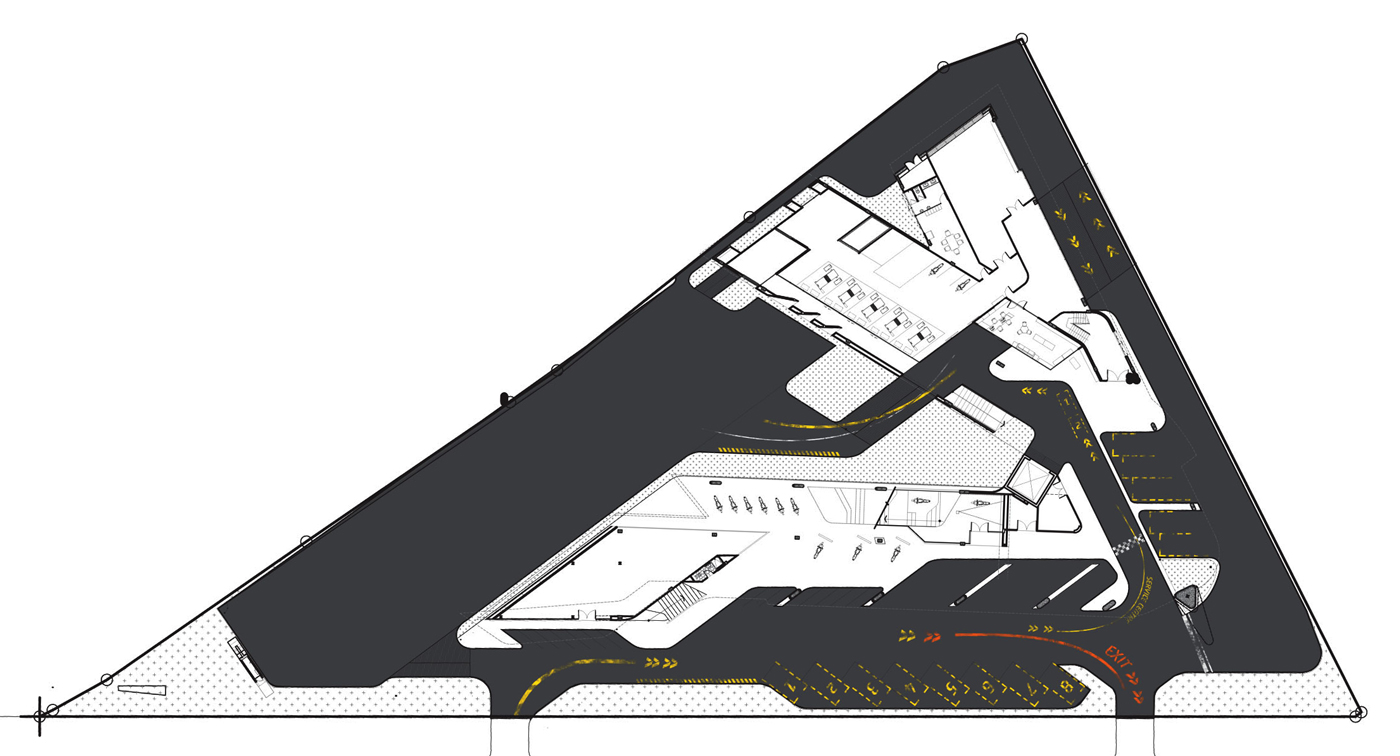 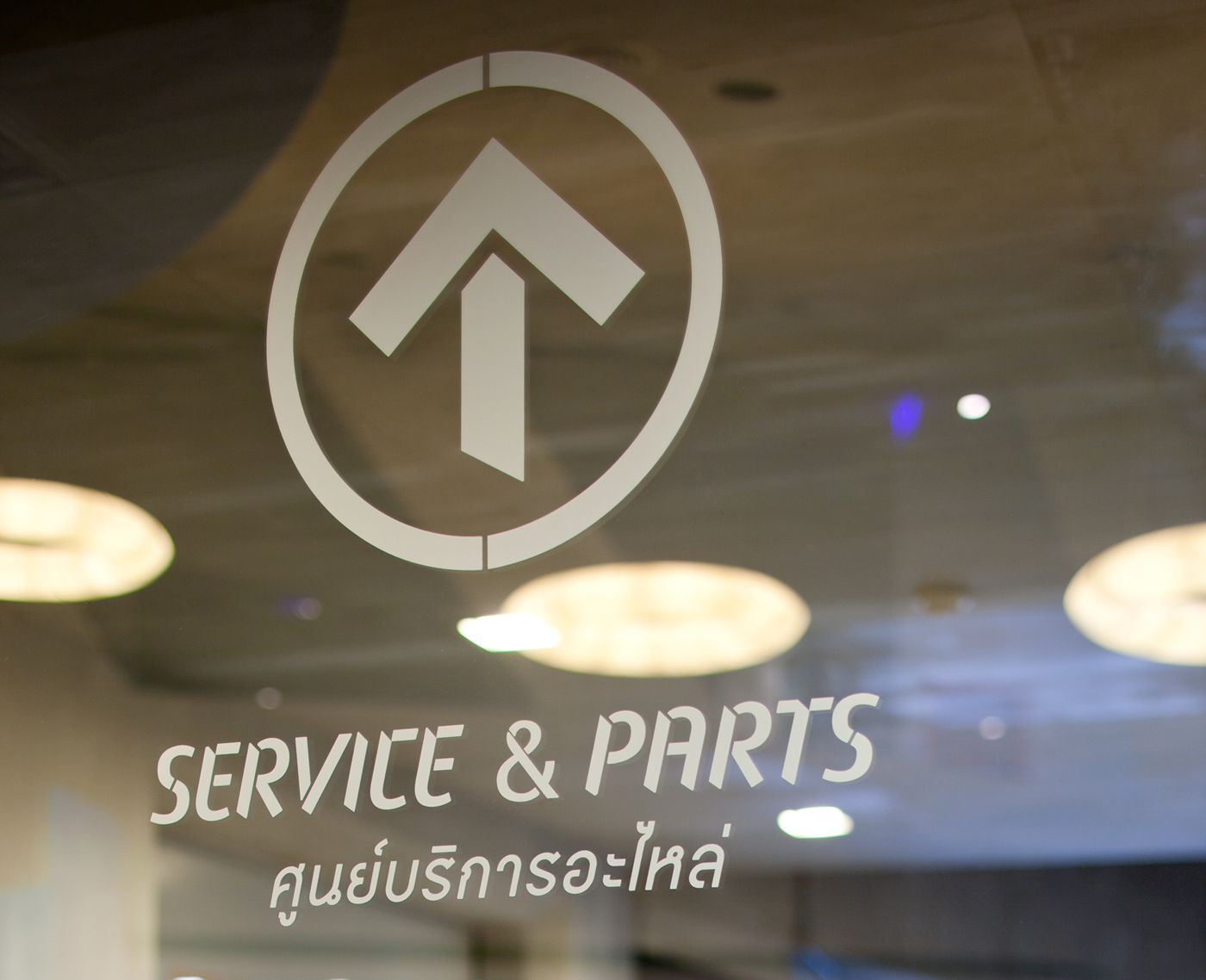 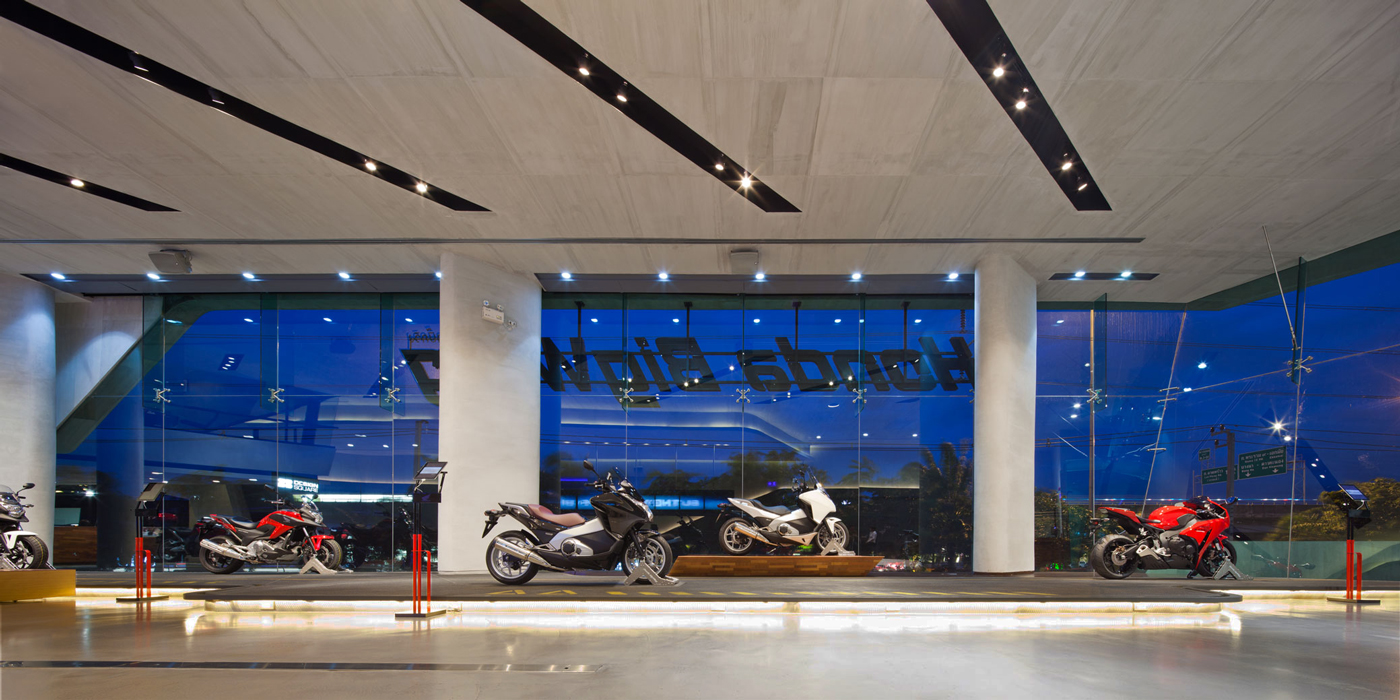 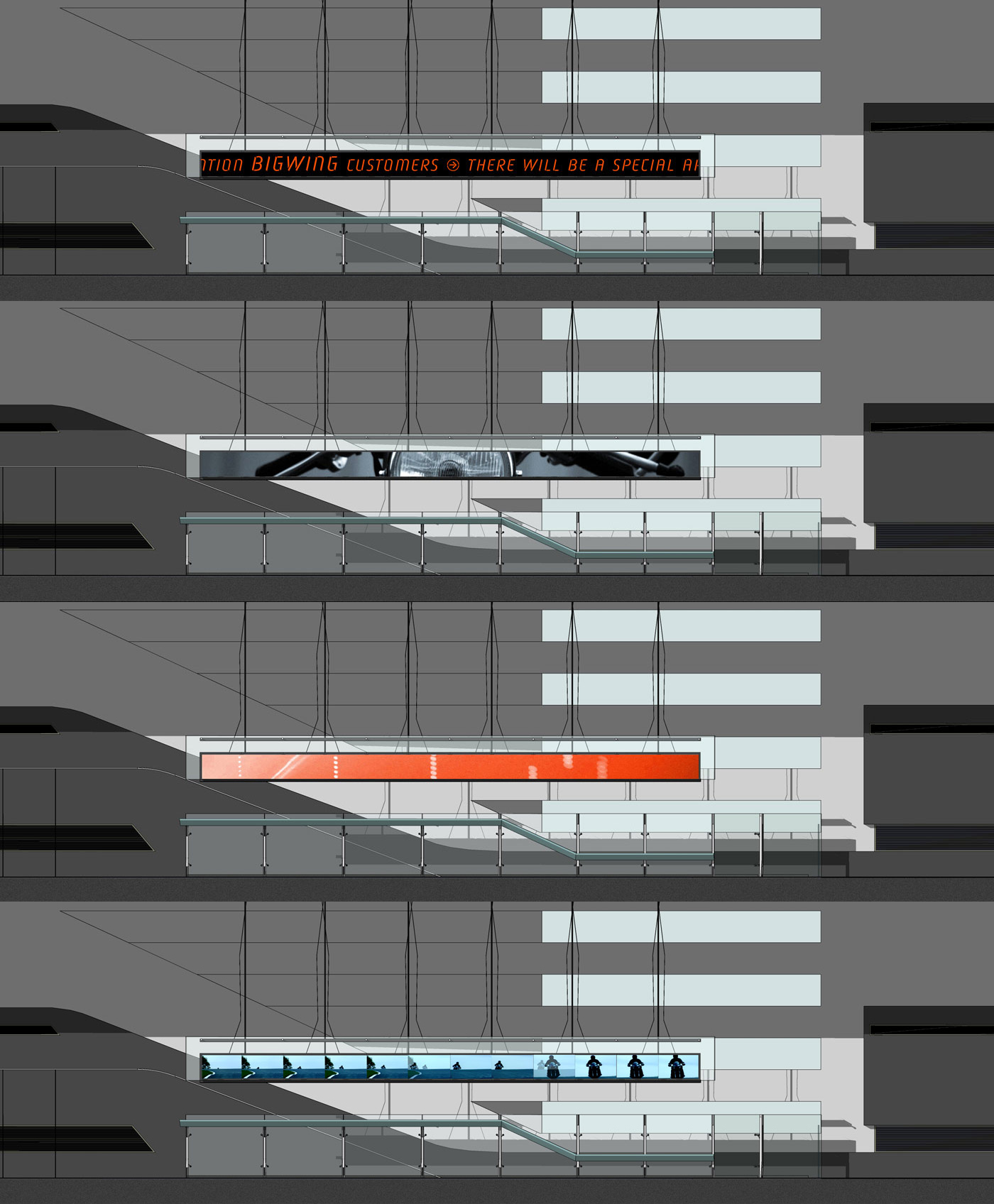 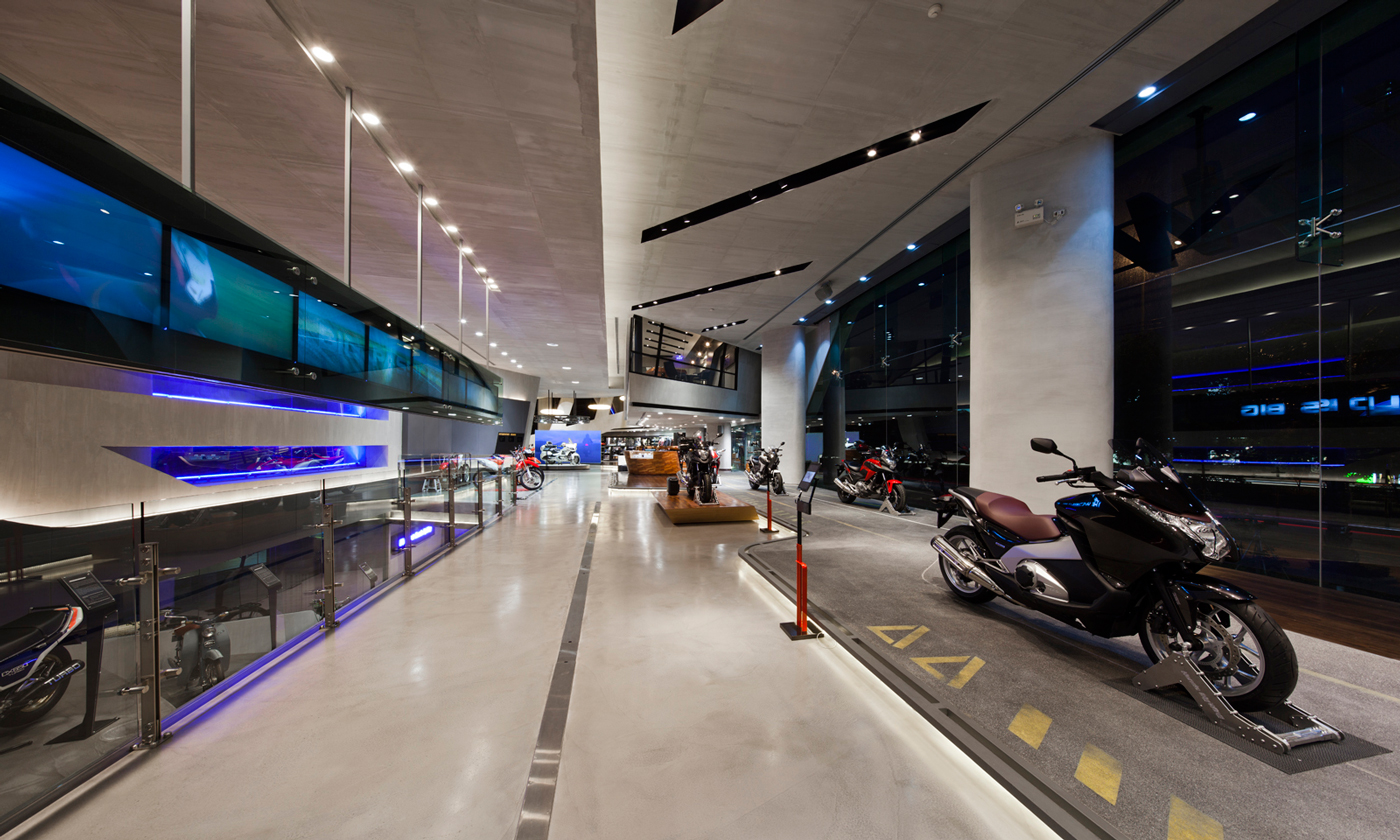 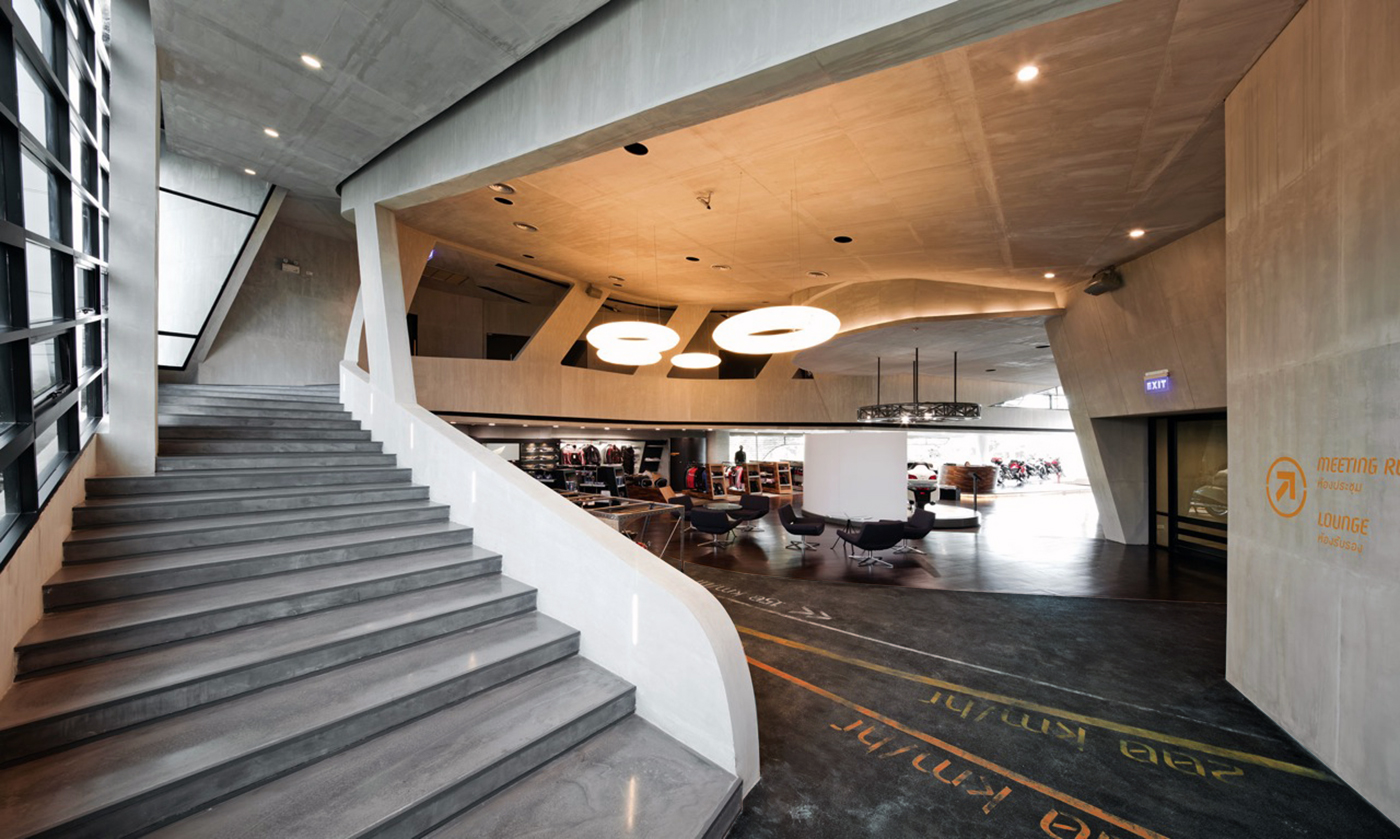 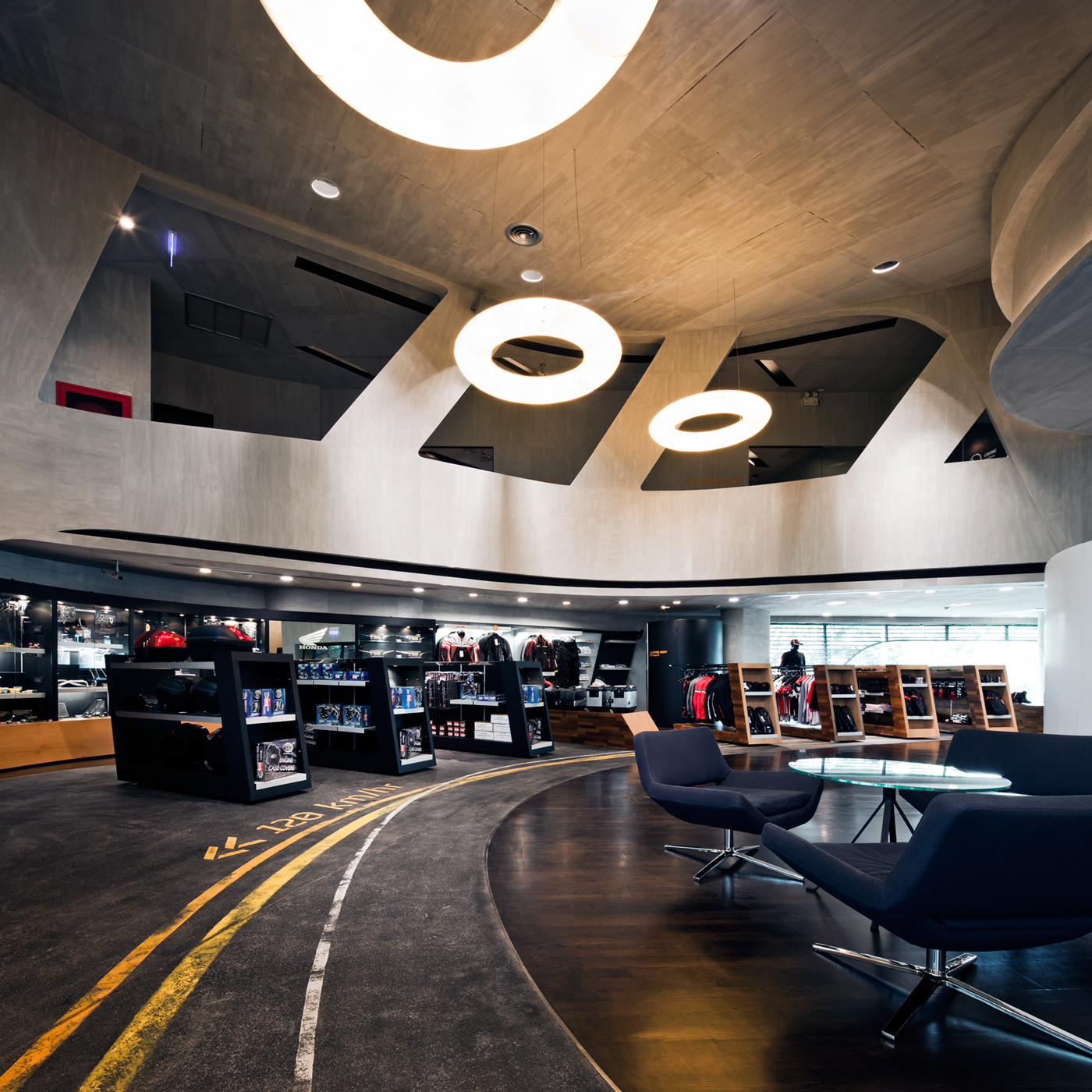 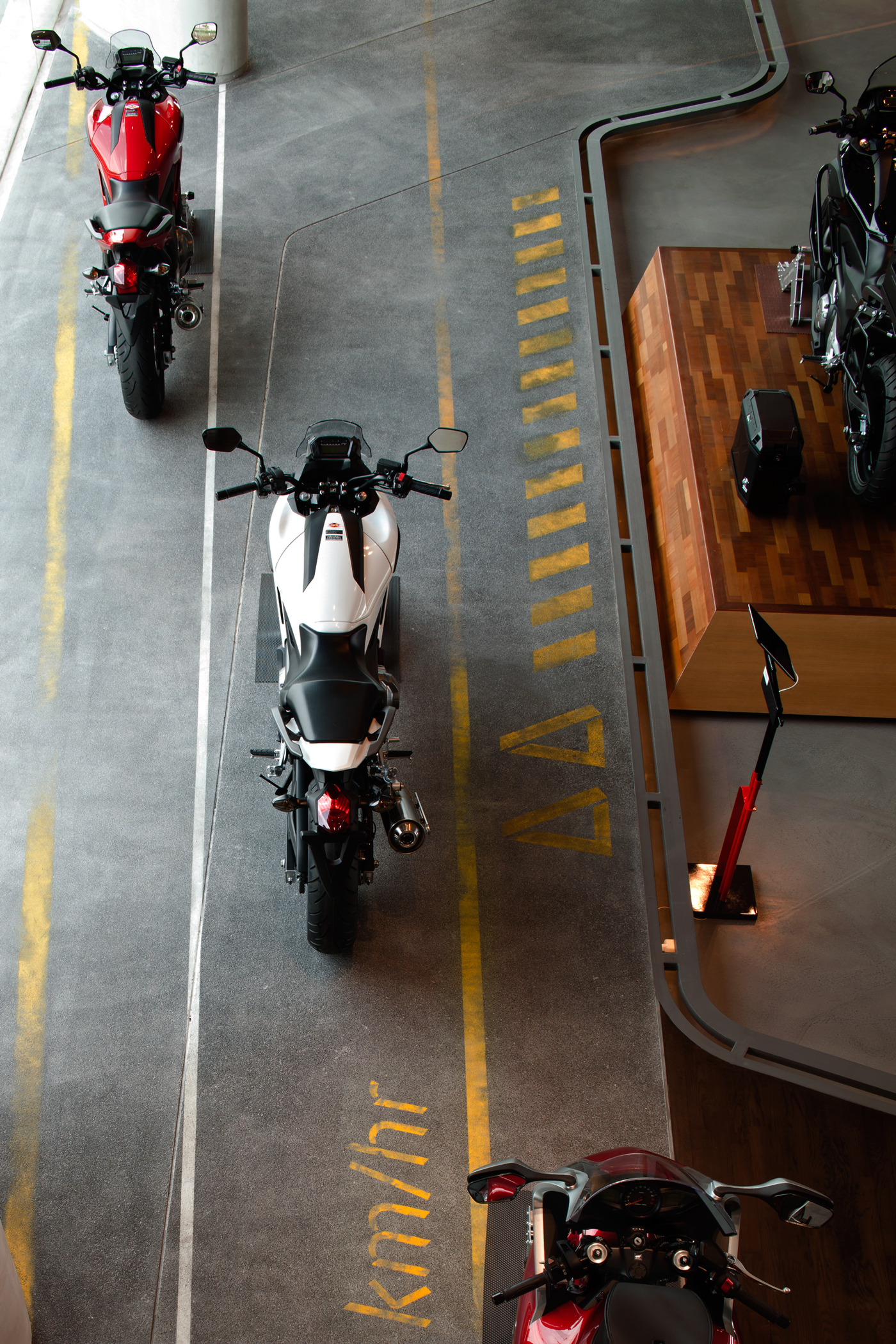 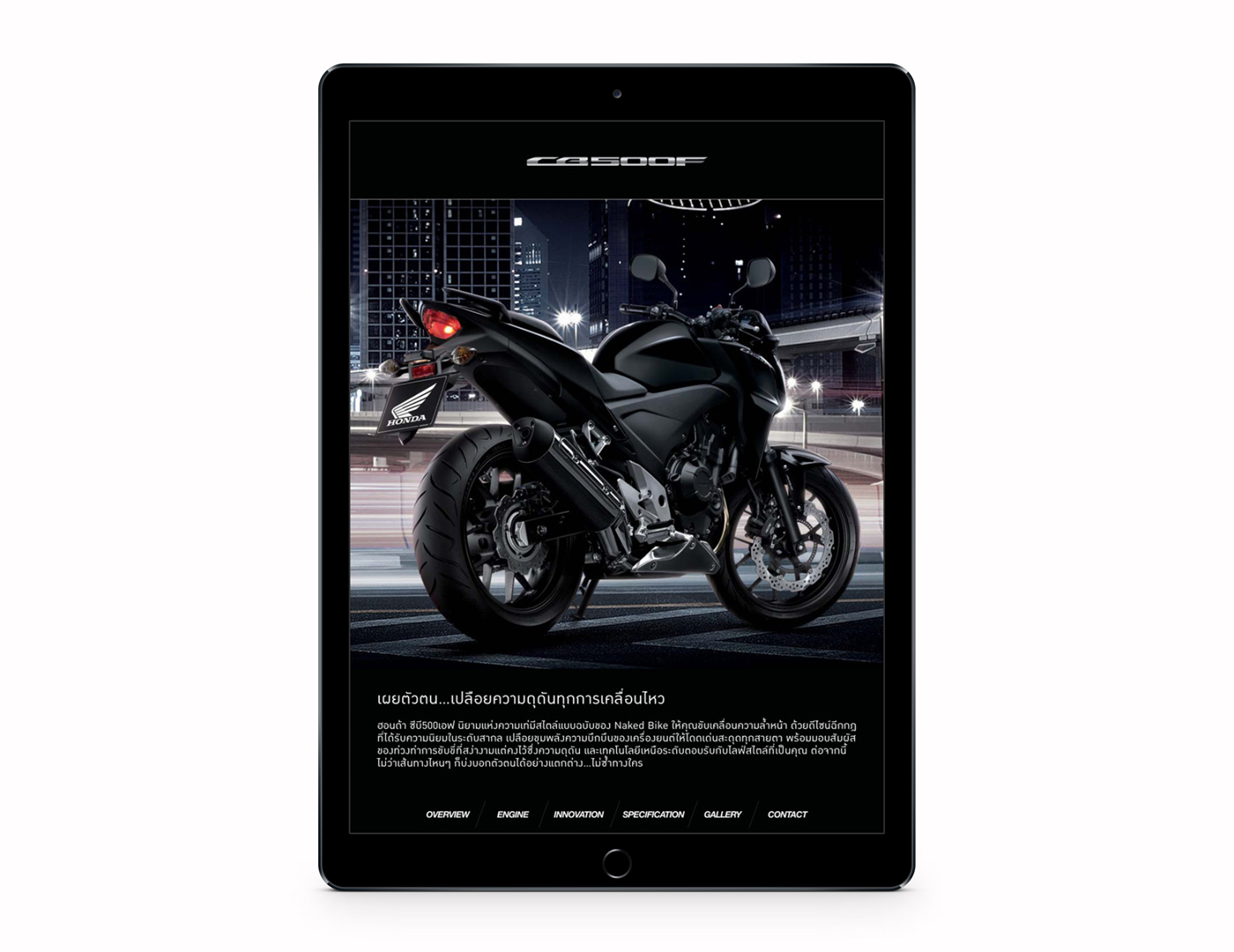 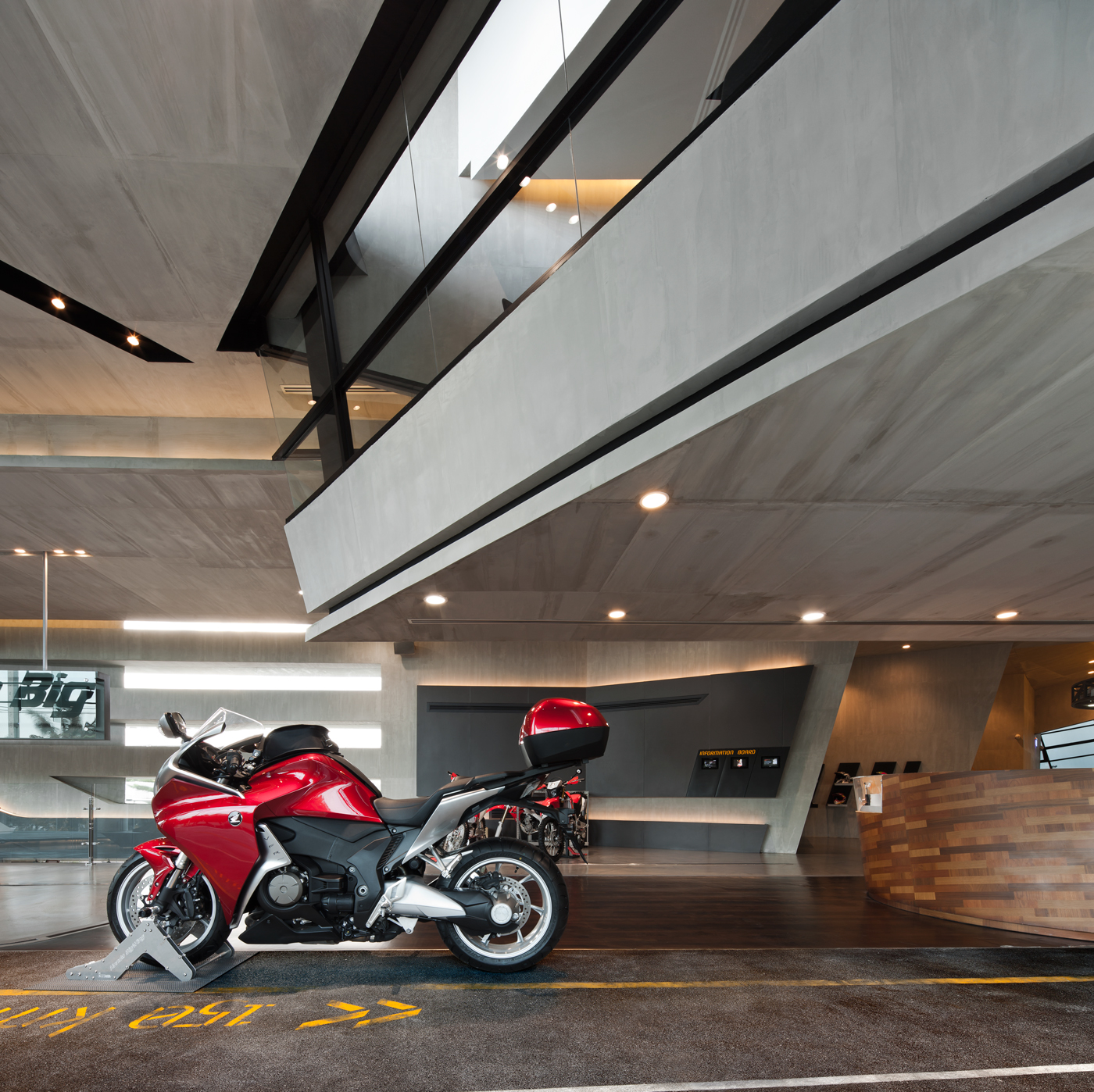 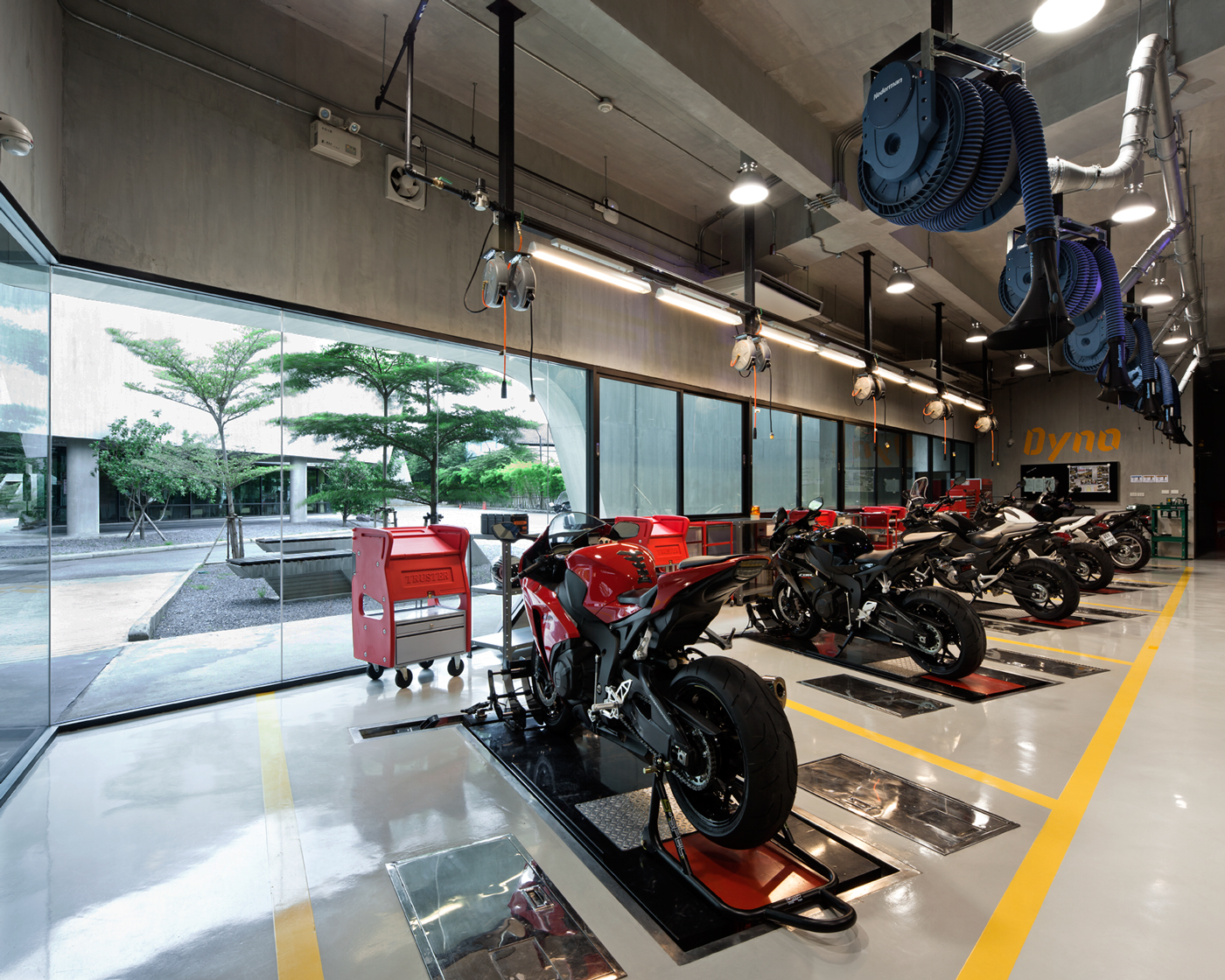 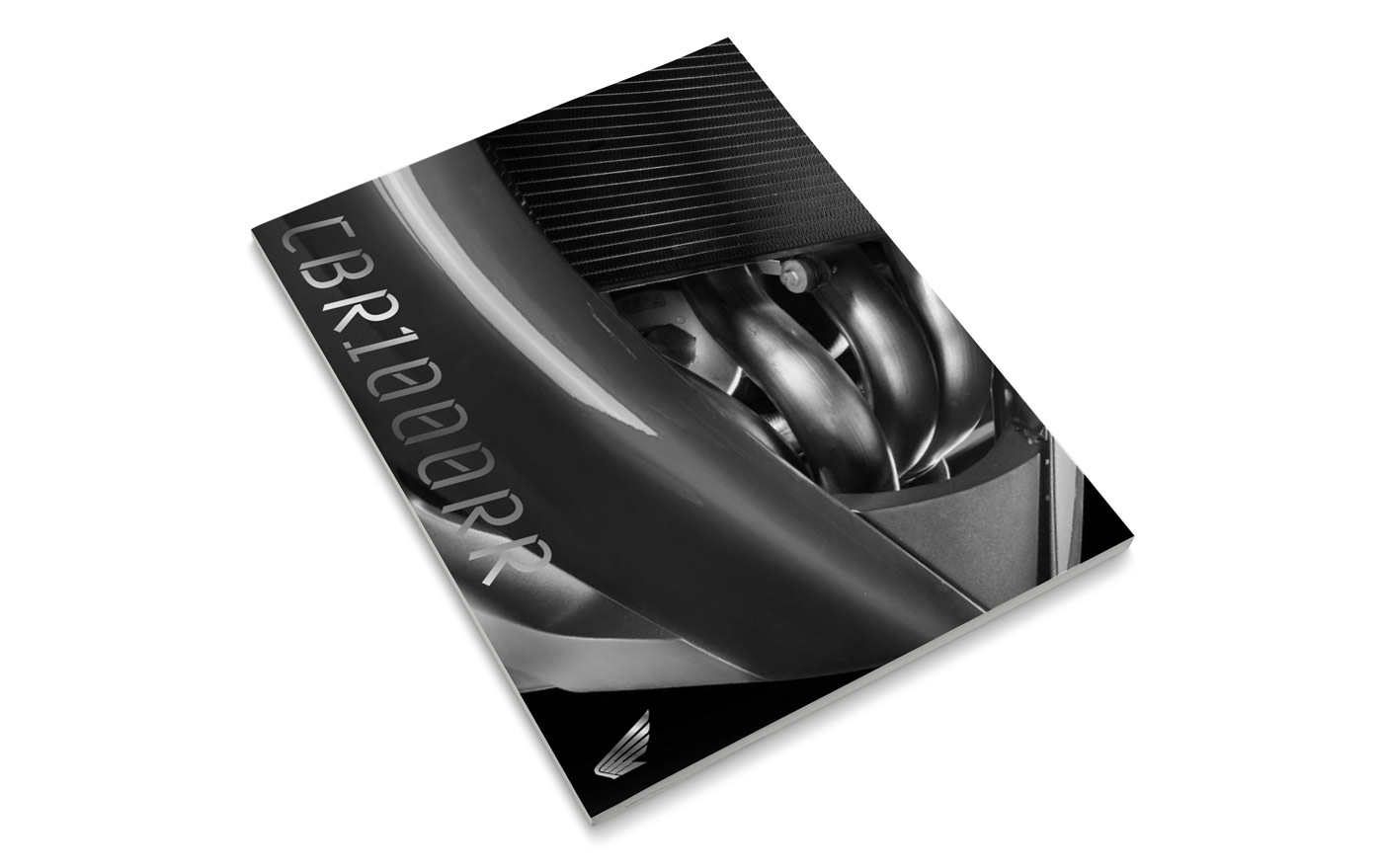 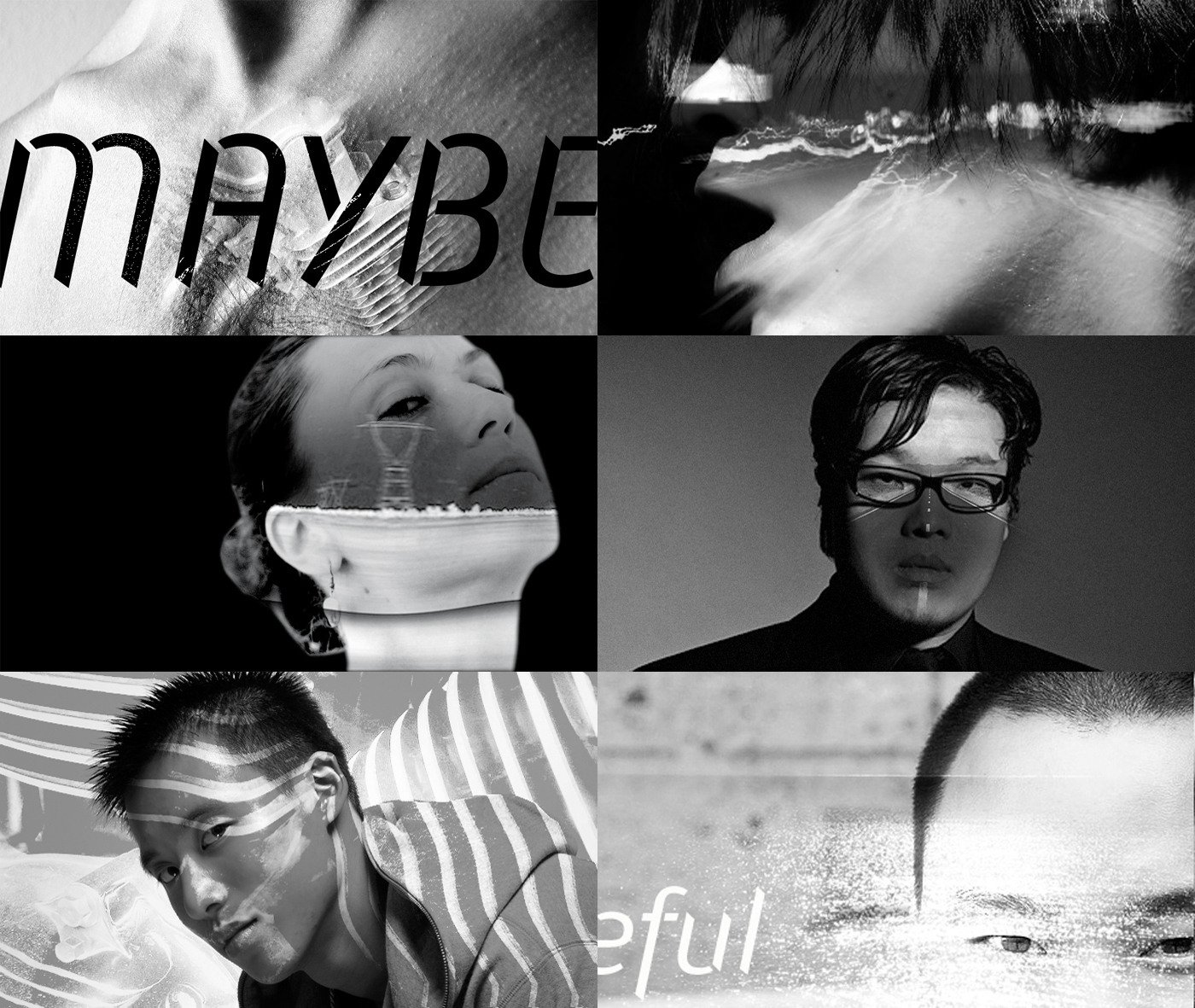 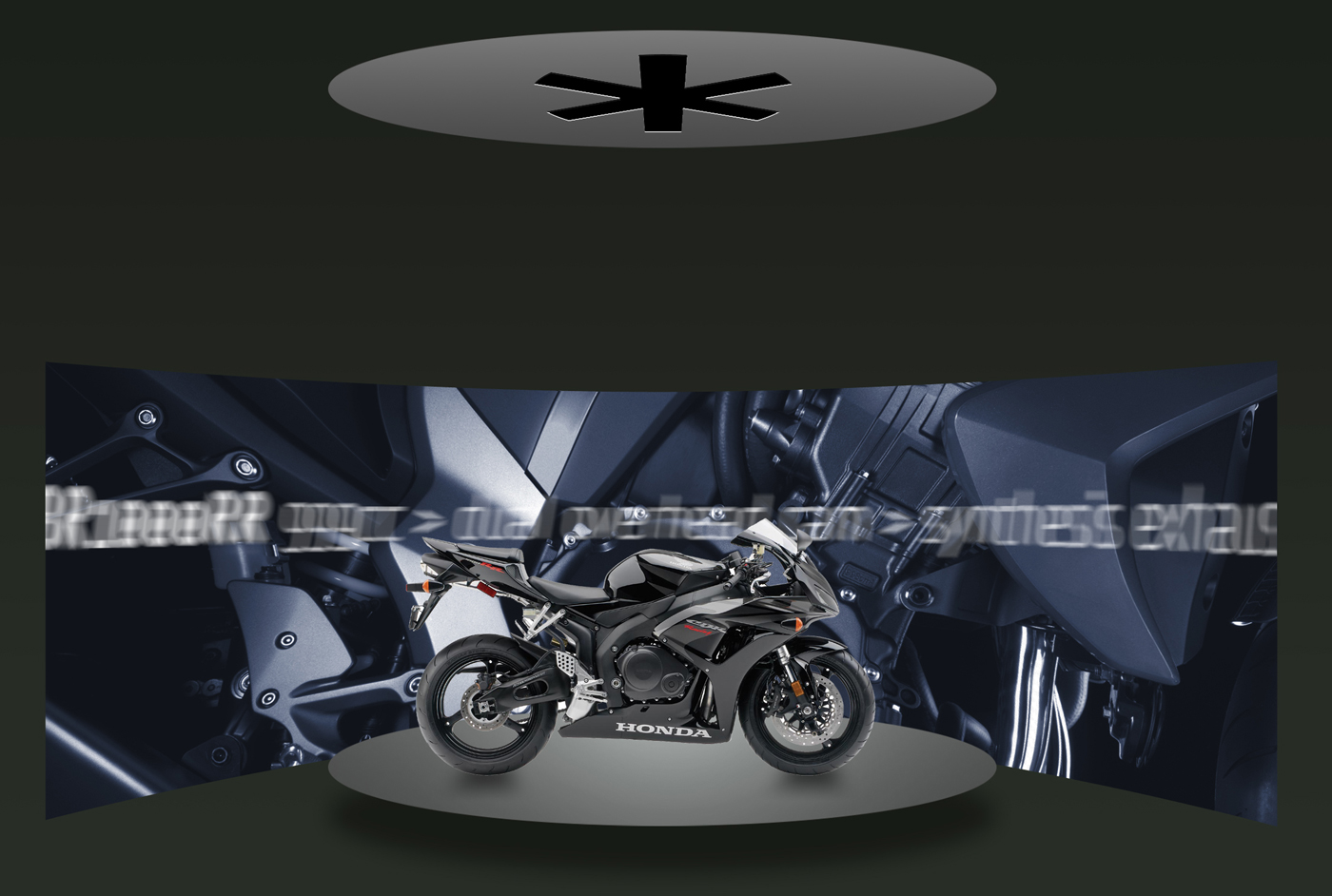 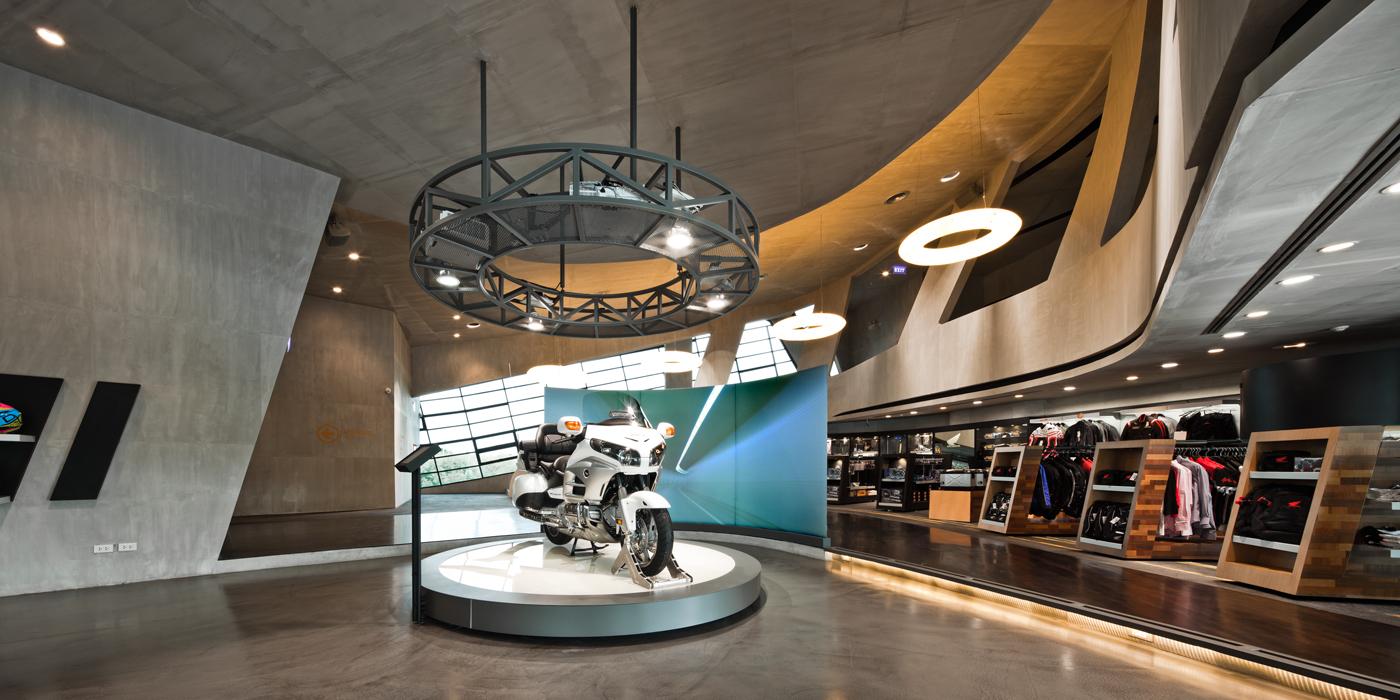 The results  Since the Bangkok flagship store’s opening in late 2012, the BigWing branded experience has grown exponentially. Today there are seven satellite showrooms across Thailand and more on the way. 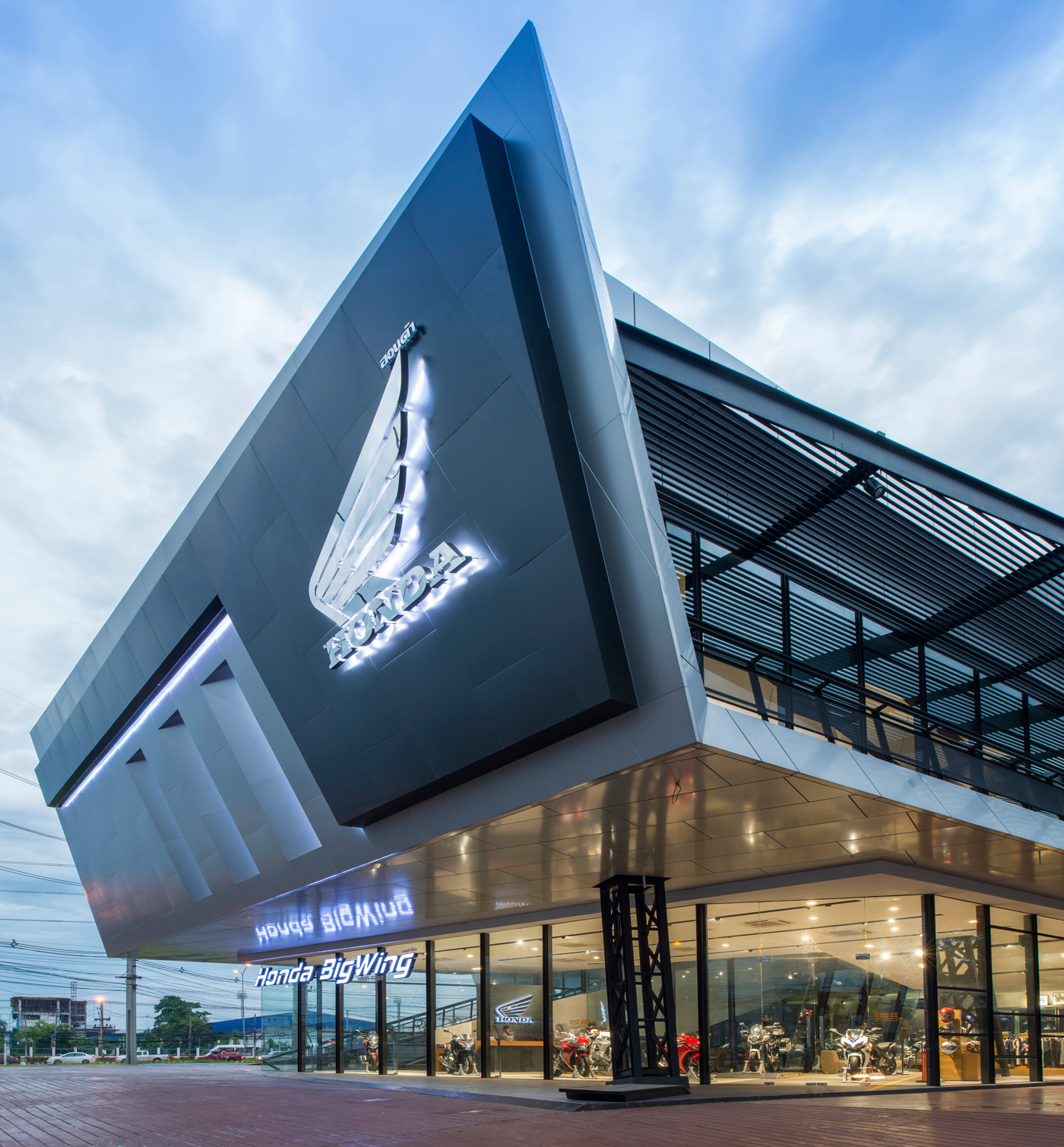 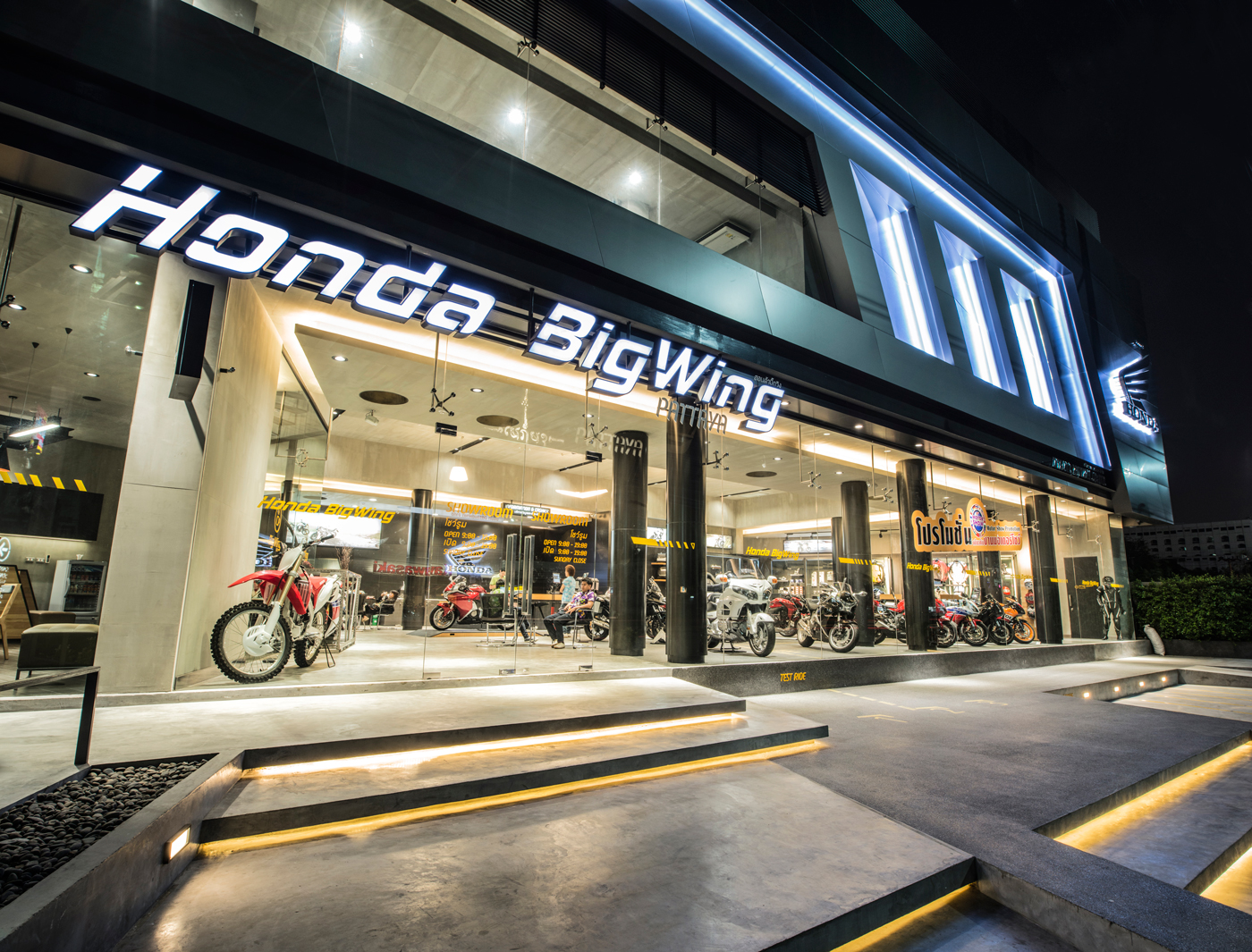 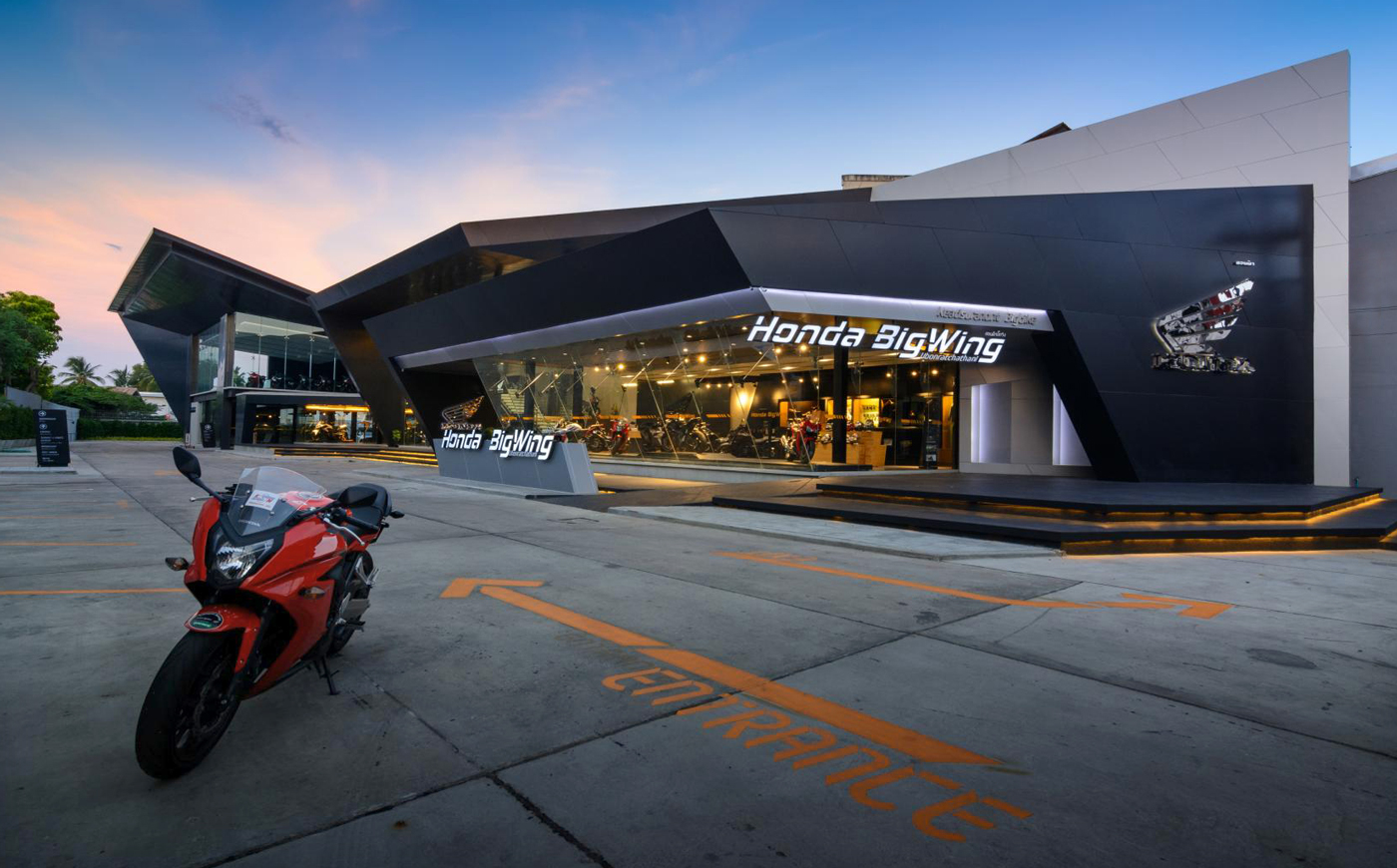